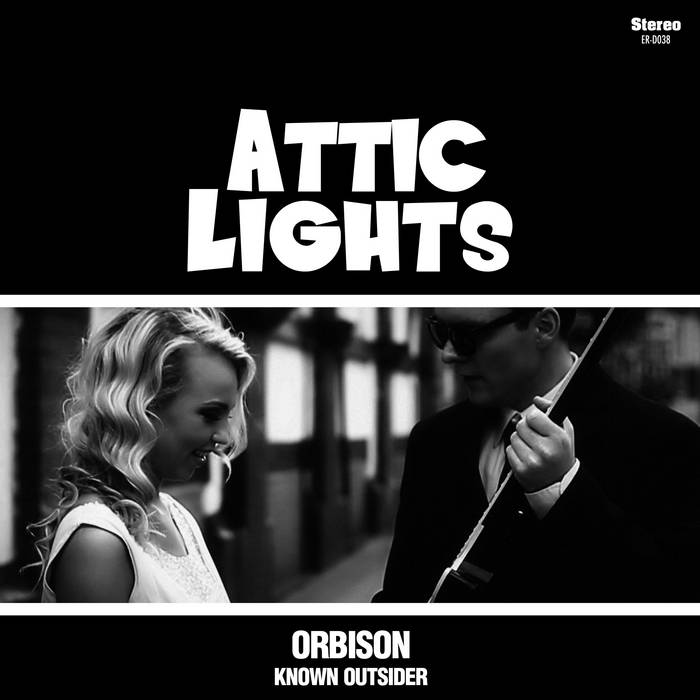 This Single is only available in digital format

The Scottish band continues to release some of the best songs from their second album, “Super De Luxe” (their first for Elefant Records), and this time they’re doing it with a new digital single that includes a surprising video. The chosen song for this occasion is “Orbison”, a tribute to the legendary singer Roy Orbison and one of those trademark ATTIC LIGHTS songs: romantic yearning, powerful guitars, addictive choruses and bursting with energy. And we get a previously unreleased track as an extra gift, “Known Outsider”, on which ATTIC LIGHTS show us their more peaceful side, leaving the urgent electricity of the majority of their songs to one side and embracing a precious melody with deliciously unfolding guitar rhythms and an invigorating chorus.

And of course, the audiovisual element is full of pop culture references and homages to the great Roy Orbison, though, all of them, oddly enough, are indirect. We can enjoy a recreation of the turbulent scene from “Blue Velvet” (David Lynch) in which Dennis Hopper observes Dean Stockwell performing an androgynous interpretation of “In Dreams”. We also find scenes inspired by the sequence in “The Man Who Fell to Earth” (Nicholas Roeg) in which David Bowie channel-surfs while Roy Orbison’s “Blue Bayou” plays in the background. Also referenced are the strange stories of Michael Kelly and his bizarre obsession with wrapping Roy Orbison in Cling-film. And last but not least, a direct reference to the video for “I Drove All Night”, with its classic black and white love story so beloved from the 80s.

It’s a delicacy that both fans of the band and fans of the composer of “Only The Lonely”, can enjoy, playing constantly with the viewer while throwing themselves fully into a classic, operatic, Roy Orbison-esque chorus of yearning and desire that chants, “I'm a man on fire tonight”.